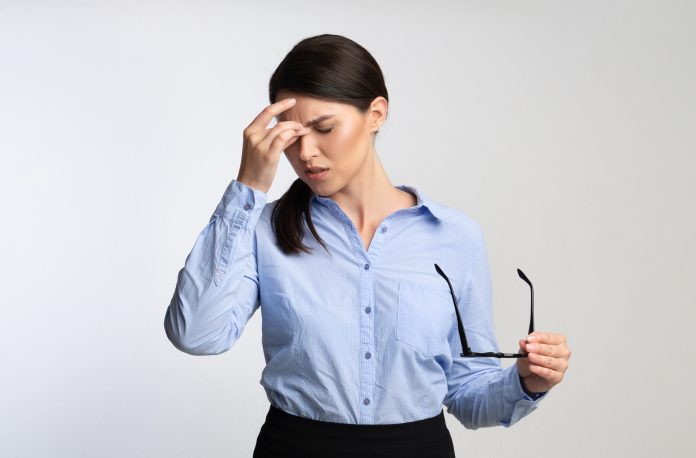 Migraine aura is a part of the migraine phase. However, it only occurs in 15% of people who have migraines. Auras are usually physical changes in the senses that signal a migraine. Visual auras are something most people are familiar with. Vision changes can occur that cause blurred vision, distorted vision, or even complete blindness.

Common symptoms include dancing dots, zig zags, and sparkling lights. A variety of colors are also common for migraine auras. Visual auras usually last between 5-20 minutes, and then the headache follows. Why did I say that? Simply put, a migraine aura lasting more than an hour or a gap between the aura and a headache lasting 24 hours or longer could be an emergency headache.

This could be due to an aneurysm or stroke, or any other serious condition. You should see a doctor immediately in this situation. There are other types of auras. A buzzing sound can be heard in the ears by some people just before they experience a headache.

Auras are similar to seizures in that they are electrical events in the brain. If you want to get really fancy, the official term for a wave of cortical depression is “a wave of spreading Cortical Depression”. This is not emotional depression. It is a slowing down or depression of nerve cells in cortex or the outer part of brain.

Visual symptoms occur when this wave hits the brain’s back, or occiput. What is the difference between an aura or ocular migraine? Auras can be described as electrical events. Ocular migraine is caused by narrowing of the retinal artery. Ocular migraine can also occur in one eye, and the headache may or not follow. If you have this new symptom, you should consult your doctor. Other conditions, such a clot in an artery, can also cause the same symptoms. Auras are a part of a migraine phase.