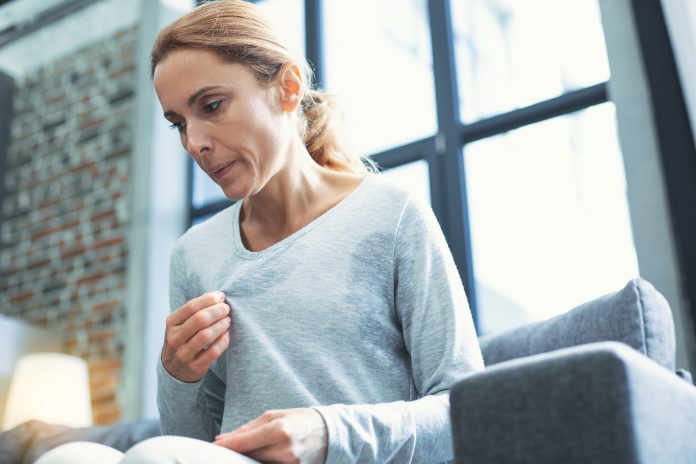 Enduring painful periods was difficult but I convinced myself early on that this was normal since most of my friends had to endure the same. I’d take a few Advils, submerge myself in my job and pray that the upcoming few days would pass. This lasted for several years. In my early thirties it became harder for me since my pains were followed by heavy bleeding that often left me fatigued because of excessive blood loss.

I endured this for as long as I could from fear of what could eventually happen if it become necessary to remove my uterus and my ovaries. As a nurse I knew that the latter would place me in early menopause unless I chose to take Hormone Replacement Therapy. This however wasn’t an option I would consider.

As a nurse also my understanding of Hormone Replacement Therapy and its link to breast and other cancers became quite brilliant to me and so I suffered my distress for a couple more years. I eventually arrived at the conclusion that rescuing my reproductive organs were much less significant that keeping a great quality of life, and so I opted for surgery. The day of my surgery came with much apprehension but I knew I had no choice.

My operation went by uneventfully. I was disappointed to learn that my ovaries had to be eliminated.

Now I needed to prepare myself for menopause. How can one prepare oneself for this type of change at this young age? My doctor talked about Hormone Replacement Therapy but that wasn’t an option for me. Having cystic breasts decided that for me. I therefore decided to do all of the research I could on natural remedies. About three months after my operation I started to experience symptoms of menopause.

Initially the symptoms were subtle but within weeks they intensified. The hot flashes and night sweats were the hardest. They kept me awake several hours throughout the night and left me exhausted and irritable in the morning. It required a lot of my energy that occasionally I found myself being impatient with my husband and kids. My husband was very supportive and so were my kids.

I also had other symptoms such as depression, palpitation and occasional stress. However hot flashes and night sweats were the most acute. My research brought me relief to understanding that there were natural methods for treating menopause. I used mainly black cohosh and soy products. Meditation, relaxation and exercise techniques helped a lot especially with coping.

In addition, I take daily vitamin supplements such as calcium for my bone health. Two years later I am still having menopausal symptoms but I’m delighted to report they’re well under control. I can testify to how natural remedies for my menopausal symptoms work for me. I imagine that people will react differently to different products. I furthermore would like girls who are having symptoms of menopause to always check with your physician before initiating any kind of treatment.