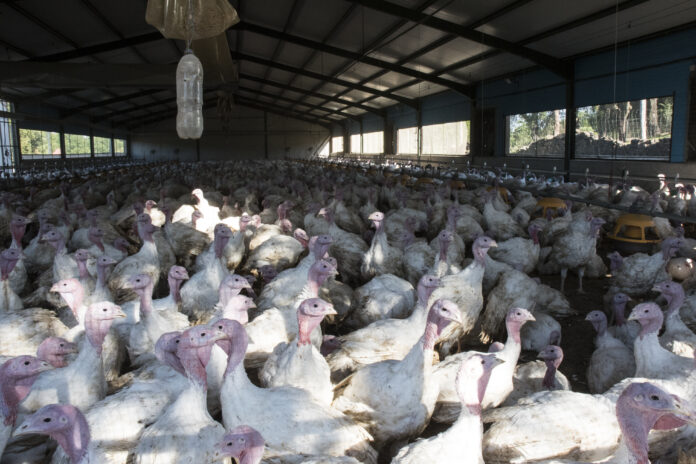 AS BIRD flu, or Avian Influenza, raged through Asia, countries such as Vietnam, China, Thailand, Indonesia, Cambodia, Laos, Japan, Korea and Taiwan are stepping up on massive culling of their poultry as they are seized by a realisation that the animal virus could eventually threaten human lives. Their fears aren’t unfounded.

According to a warning issued by the World Health Organisation’s spokesman for Vietnam, Bob Dietz, it’s possible that an avian influenza virus could mutate to the extent of person-to-person transmission. This could then spark a worldwide epidemic of an influenza pandemic which would be more intense than SARS. Past influenza pandemics have led to high levels of illness, death, social disruption and economic loss.

Faced with the vicious spread of Bird Flu, we’ve collated some information regarding this possible outbreak and emphasized necessary precautions to be taken, to be able to supply all of Bel’Airians with insights to aid them in the active protection of their health. All birds are considered to be susceptible to infection with avian influenza (bird flu). In the reservoir of influenza viruses, fifteen subtypes are known to have adverse effects on birds, thus presenting a potential time bomb circulating amongst bird populations. So far, all outbreaks of the highly pathogenic form have been caused by subtypes H5 and H7 of flu A viruses.

More than 13 million birds died or were destroyed. The quarantine of infected farms and destruction of infected or potentially exposed flocks are standard control measures aimed at controlling the spread of this disease. Avian influenza viruses aren’t just highly contagious, they are readily transmitted from farm to farm by mechanical means, such as contaminated equipment, vehicles, feed, cages and garments. The essential safety measure actually lies in rigorous sanitary measures on the farms.

Of the 15 avian influenza virus subtypes mentioned previously, H5N1 is of particular concern because of the rapid mutation rate and documented propensity to acquire genes from viruses infecting other animal species. Laboratory studies have demonstrated that isolates from this virus have high pathogenicity and can cause severe disease in humans. Birds that survive infection will excrete virus for at least 10 days, orally and in faeces, thus magnifying the spread at live poultry markets and by migratory birds.

The outbreak of highly pathogenic avian influenza caused by H5N1, which began in mid-December 2003 in Korea, is now rampaging in other Asian nations. H5N1 variants demonstrated a capacity to directly infect humans in 1997, and have reared their ugly heads again in Vietnam in January 2004. The spread of infection in birds increases the probability for human disease in addition to the likelihood that individuals, concurrently infected with human and avian influenza strains, could serve as the “mixing vessel” for the development of a novel subtype with sufficient human genes which promotes easy person-to-person transmission.

This could kick-start an influenza pandemic. According to the latest news from the World Health Organisation, the H5N1 virus has been found from the corpse of pigs infected with avian influenza. This greatly elevates the possibility of avian flu virus combining with the human flu virus to form a new virus that represents a threat 1000 times that of SARS. This could likely reactivate a tragedy such as the Spanish flu which plagued the world from 1918–1919, resulting in 20 to 50 million deaths worldwide.

The first documented infection of humans with an avian influenza virus occurred in Hong Kong in 1997, when the H5N1 strain caused severe respiratory disease in 18 humans, of whom 6 died. Extensive investigation determined that the source of disease was close contact with live infected poultry. Studies at the genetic level gave a shocking revelation that the virus had jumped directly from birds to people. Alarm mounted again in January 2004, when laboratory tests confirmed the presence of H5N1 avian influenza virus in human cases of severe respiratory disease in the northern part of Vietnam. Taking our cue from recent history, it’s now a requirement for us to be armed with comprehensive coverage.

Katherine - 27 juli 2019
Erectile dysfunction is a health condition every individual prefers not to discuss. However, the issue must be addressed in a timely manner as it...