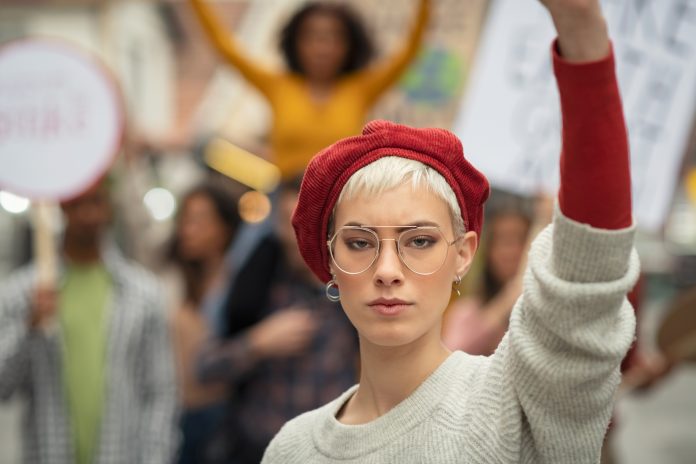 The indicators of social empowerment of women incorporate the foundation of gender inequality, sex ratios, life expectancy rates and fertility rates that shows the overall status of women concerning literacy, economic growth, accessibility of health care and birth control centers, educational status of girls, age at marriage, literacy rates and involvement of women outside the house.

Gender inequality is a global phenomenon and leaving some Nordic countries, gender inequality base reflects quite poorly for almost all significant countries in the world. Sex ratio is against women in Asia and even though life expectancy has gone up around the world including in Asia it hasn’t improved the overall status of women in much of the world.

Same is true with fertility rates that have declined in some areas including Asia but the positive effect of the change on women around the world isn’t as much as that was wanted. Glaring gender gap exists concerning literacy rates though it’s narrowing across Asia. The figures for female literacy rates aren’t at all encouraging in the developing world.

Now let us focus on several issues which are closely connected to the social empowerment of women. Violence against women is a true fact and we will need to acknowledge the actual tragedy behind this crime. It totally shatters the girls from the heart emotionally as well as physically. It’s time that community development and feminist values are made an integral feature of empowerment of women. Women will need to be educated and made aware of their rights and they need to be invited to stand united against the biased and discriminating social environment which directly and indirectly affects their emotional and physical self.

Education and awareness would be a large step to the struggle against gender based violence. Only through education and awareness we can associate with the huge majority of women living in many areas of the world and stop them from falling prey into the several kinds of potential violence in their lifetime. We must accept the fact that women are constantly under the threat of violence from several sides.

The oppressive structures of this society have to be changed and oppression of women will need to be stopped but it will not happen through some quick fix solutions. The shift could be only possible through social empowerment of women at the grass root level with awareness and education. When we speak of social empowerment of women then we are in fact addressing a variety of issues which may be applicable to different areas of the world for improving the general status of women. Among them the notable issues relate to schooling for girls, health for women, nutrition for women, drinking water and sanitation for girls and their loved ones, home and shelter for girls and their loved ones, environment and the relationship with women, involvement of women in the area of science and engineering, care for girls under difficult conditions, combating the violence against women and rights of the girl child.

We will need to accept the fact that gender inequality and discrimination has become the standard of the society and in this respect it impacts all aspects of the life of girls. Education and training for girls is one of the significant aims of social empowerment of women that will need to be made applicable to all areas of the world. This will surely improve the awareness in women which in turn will improve her confidence.

A confident and well aware woman would have the ability to tackle inequality and discrimination in a much greater manner than an ill-equipped and ill-trained lady. But on the other hand we must accept the fact that women never had equal access to education as boys and men have. Illiteracy is the greatest among the female of the populace. Women are far behind in terms of getting gainful occupation or vocation due to lack of skills and education. There’s an enormous gender gap in higher and secondary education. Moreover religious and caste equations have made matters worse in many areas of the world. The work has to begin at the grass root levels. The educational systems will need to be made more accessible to women at grass root levels and they must be restored to include gender sensitive educational system that prevents sexual stereotyping and discrimination.

Social associations can play a big part universalizing education at the simple ground level. This can be accomplished through increasing the enrollment and retention rates of girl child in the primary schools and supplying quality education and abilities to them so that they can stand up on their feet and live a dignified life. Coming to the wellbeing of girls we will need to see that women are facing very difficult times at all stages of the life cycle. It’s sad to note that a part of our society is highly prejudiced against the girl child and actually can be labelled as criminals of the highest order as they practice the heinous offense of female feticide.

Then we have the problem of high infant mortality and maternal mortality and a few of the significant causes of this being the early child marriages. Quality healthcare for women isn’t available in many regions of the world. Women’s right to informed choice regarding her reproductive rights is another area which needs attention. Talking of reproductive rights women even do not have cheap choice of family planning methods. Education and awareness in this respect is nonexistent and absent.

Women are vulnerable to sexually transmitted diseases and other endemic, infectious and communicable diseases. HIV/AIDS is another significant issue. Women’s traditional knowledge of healthcare and nutrition, alternative systems of medicine are in fact underutilised and not recognized. It’s imperative to comprehend these alternative systems and incorporate them with the main stream healthcare systems to make it work in tandem. This will assist in providing reasonable and excellent healthcare for women.

For girls, from the stage of infancy and youth to the stage of reproductive and adolescent stage the risk of malnutrition is the greatest. There’s a close connection between the health of an adolescent girl who becomes a pregnant and lactating woman latter and the health of the infant child. Macro and micro nutrients are necessary for these specific conditions but they’re not available to the huge majority of women. In home the women and girl child face great discrimination as it pertains to good nutritious food. This occurs in the first growth phase of a child and to some pregnant and lactating woman. Other big problems are drinking water and sanitation especially in rural areas and urban slums. Housing and shelter are also section of care such as decent and secure accommodation for single women, heads of their families, working women, students, apprentices and trainees. These are very real issues of this very real world that we live in.

Without addressing these fundamental needs we can’t consider any meaningful step towards social empowerment of women. Social empowerment of women and environment is closely connected. Women can play a significant role in conservation and recovery of the environment. Rural women utilize unconventional and nature friendly supply of energy in the kind of animal dung, crop waste and gas. Using of solar power, biogas, and smokeless stoves can definitely help the rural women since they may act as environmental friendly resources.

Reducing drudgery with the support of science and technology is another significant area of significance for freeing women from the never ending domestic chores and making her lead to the mainstream of their society. Women in difficult circumstances need particular attention. These include women in extreme poverty, destitute women, women in conflict situations, women affected by natural calamities, women in less developed areas, disabled widows, elderly women, unmarried women in difficult conditions, women heading families, women that are displaced from employment, migrant women that are victims of marital violence, abandoned women and prostitutes. These girls are in difficult circumstances that are not of their own making. They’re the victims of this selfish streak of society. It’s ironical to note that girls become the key pray for all the malice and sins of their society. It’s time to reverse this phenomenon.

Organizations particularly the grass root level social associations should arrive in massive numbers to assist these women that are at the receiving end for a sin that’s not of their making. Violence against women is heinous crime against humanity. Violence can be both psychological and physical and it occurs at the national front as well as in other levels of the society. It’s actually publicly practiced in many societies throughout different forms including customs and traditions. Sexual harassment on the job, dowry related violence and trafficking of women and women are various sorts of violence against women.

Katherine - juli 27, 2018
Guys know that a reliably erect penis is usually indicative of superior penis health, which gives them just one more reason to be obsessed...