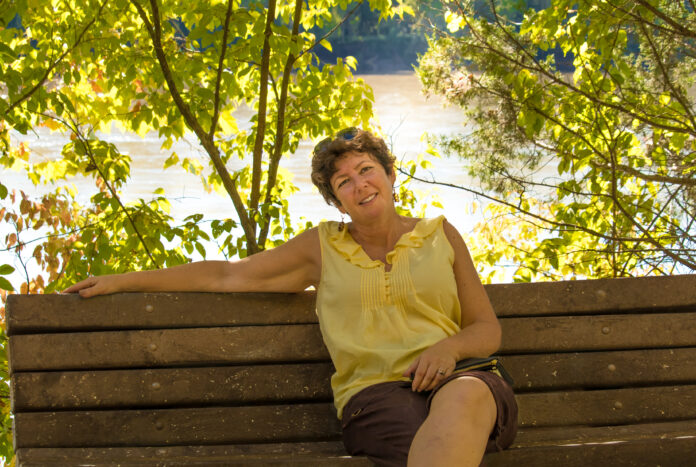 This is all about Mary, a friend of mine who’s 61 years old and suffering horribly with menopause. If you see yourself or someone you know with similar symptoms, seek help from your healthcare provider. Mary cries an awful lot nowadays. She doesn’t understand the reason. Her body feels like spontaneous combustion going on inside.

Mary snaps at others during times of over-reaction to minor events. Sometimes she becomes so enraged she looks frightening to others . These episodes last a brief time, but Mary is very embarrassed when it is over and often apologizes for her behavior and outbursts. Mary feels as though she is “going mad” and has no control of herself. She describes how she has tried every deodorant on the market and none of them last a complete day. She struggles with female odor, bathes twice a day from necessity.

She wears cotton tee shirts to absorb her body perspiration. At work, Mary has a small desk fan she uses to keep comfort and prevent perspiration. However, she may be the only one with a fan once the temperature isn’t excessively warm. Oftentimes, Mary is in a meeting or in conversation with somebody face to face and Mary’s face is dripping sweat. This is so embarrassing for her. Mary is emotionally, emotionally and physically challenged everyday.

There’s a joke about menopausal women:”I’m out of estrogen and I’ve got a gun”. It only means that at some stage, our female hormone levels like estrogen are really low, which cause a large number of bizarre signs and symptoms. Mary’s hair became so thin she had been made to wear wigs, which naturally caused more perspiration and warmth. Mary gained about 40 pounds without a change in her diet.

She started to have unexplained episodes of nausea that her physician couldn’t diagnose as all tests were negative. One day Mary summoned the courage to seek counseling with a psychiatrist. He didn’t address her melancholy, only her psychological and psychological symptoms. He performed a mental and IQ test to rule out dementia by way of instance and arrive at the right diagnosis.

Mary was experiencing signs of clinical depression, aggravated by menopause. She was prescribed two drugs and advised to return in two weeks. Mary was revived, cheerful, clear thinking, enhanced memory and generally felt so much better after just two weeks. She asked the doctor if this was possible and he said yes. Mary continues to get hot flashes and other menopause symptoms but she’s not bothered by them, and she doesn’t over-react to negative circumstances. The outrage, angry feelings and psychological roller-coaster has been greatly diminished. Thank God, she says.