Home Being a Woman Babies & Kids How To Teach Kids To Care For Pain? 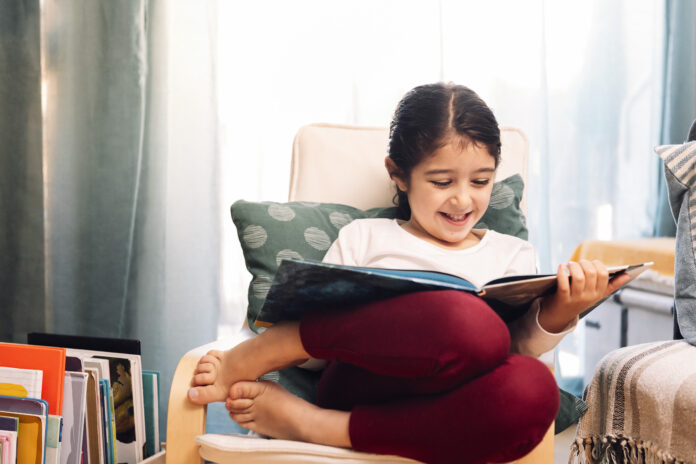 Thirty years back on a little league field in New York State a child hurt his thumb when he was struck with the ball. The coach, who was also his father, looked in the digit, announced it could not be too bad, so “be tough,” and sent the child back in the game.

Moments later, with his thumb turning a rainbow of colors and expanding to three times its normal size, the child’s mother yanked him off the field, and over the protests of his father, drove him to the emergency room. The doctor pronounced the thumb to be broken. At home that day, after being advised that his son’s thumb was broken, the dad said he felt bad about his hasty decision. Though this scene happened two years ago, it reproduces itself (possibly under some variation) annually. Parents brush off their kids’ pain in a bid to dam the tears and suppress the wailing.

We’re not intentionally trying to be mean. Let’s face facts, our kid’s crying, when it’s brought on by injury, pains us. We don’t want our kids to be hurt or to feel pain. We may go so far as believing, if I could take this pain from her or him. A child who’s severely ill or injured evokes sad emotions and induces us to believe that life is unjust. The picture of the ill child is outside of our comfort range. Our mental images of children revolve round rosy faced, boys and girls with wind-blown hair, playing and laughing, enjoying life and sun.

But in fact, kids do get hurt, sometimes badly, and it might take over a Band-Aid to produce the boo-boo go away. When our kids take a fall as they learn to walk, have a spill from their bicycles, or fall out of a tree that they have climbed, we will need to understand how to handle the circumstance. Our psychological attitudes, words and bodily actions help determine the quantity of pain kids feel, the degree of hysteria they’ll reach and their psychological associations about life and pain. But to be able to adequately help our children during times of crisis and both physical and psychological pain, we will need to analyze what pain is, its causes and kinds and its “cures”. Parents are a child’s first teachers in life.

We’re also our child’s first teachers about pain. Pain is a subjective sensation. What might be painful to a single person or child might not be as debilitating to another. The International Association for the Study of Pain defines pain as “an unpleasant sensory and emotional experience associated with actual or potential tissue damage or described in terms of such damage.” Pain is the body’s signal that it’s been hurt or that something isn’t right.

So, essentially, pain can be helpful, but it may also interfere with our lives and our bodies’ functioning. Occasionally assessing a child’s pain can be hard, especially in babies and younger children. The only jurisdiction on a child’s pain is that the injured child; simply as the sole authority on an adult’s pain is your injured adult. We can’t feel the pain; we could only examine his verbal and nonverbal cues to comprehend the intensity he’s feeling. We will need to bear this in mind once we are treating our child’s injury.

Scientists and psychologists have studied pain for ages. Back in the seventeenth century the philosopher Rene Descartes believed that the body and mind were separate entities, therefore creating misconceptions about pain, stating that our thoughts and feelings had no influence on the pain. In more recent years, researchers and physicians didn’t believe babies and children could feel extreme pain since they were neurologically immature, and that their shouts and screams were brought on by fear.

ecurrent pain is “pain which alternates with pain-free periods.” Recurrent pain includes migraines and tension headaches, back pain and a number of other common issues. In children, recurrent pains may include for a period of time what we label as “growing pains.” Five to ten percent of school-aged children suffer from recurrent pains. One pain these kids sometimes complain about is headaches. The National Headache Foundation classifies this continuing child’s pain into five groups: tension-type, vasodilation or vascular, inner traction, inflammation and neurogenic or epileptic.

Your child’s tension-type headache, according to the Foundation, is “likely brought on by poor posture, worry, depression or anxiety.” It’s distinguished by a tightening in the muscles, especially those around the throat. Vasodilation or vascular headaches are caused by the dilation and/or growth of the blood vessels and arteries in and around the skull. This swelling creates a pressure throughout the forehead, oftentimes creating what we know as a migraine. Internal traction, most often associated with natural (meaning coming from inside, not from outside forces such as a strong odor or anxiety ) headaches, indicates the existence of a tumor, abscess, infection, swelling or hematoma.

What should you do?

We need to react to the pain in a caring sensible method. Request a scale of one to ten how bad it hurts. Inform the child about what is going on in his body. Six-year-olds are in the exploratory age where they love to discover how things work, including the human body. Get out the encyclopedia when you have to and read it together. Not only will this create a bond if you “problem-solve” the headache collectively, but snuggle or hold the child as you research. Acknowledge your child’s pain without denying or diminishing it. Refrain from phrases such as “It can not be that bad.” Ask precisely where it hurts so you can find an idea which sort of headache the pain might be.

Stay with your child through this adventure, providing him with hope. Tell him it’ll go away shortly. First and foremost, in any experience that’s painful for your child, keep your anxiety in check. If a child senses you’re scared, they may become scared, causing the harm to be more painful than it is. But say your child has an injury more serious than a tension headache. What can you do to help her control the pain? According to Dr. Ronald Melzack in his book The Puzzle of Pain, it is possible to teach your child to “gate the pain.” “The pain impulse could be obstructed, weakened or interrupted along the pathways to the brain.” This is accomplished by rubbing the limb, finger, etc., which triggers a gating mechanism and inhibits the spinal cord’s cells which transmit the pain message to the mind.

Another option for controlling pain is using endogenons opioids, including the body’s own endorphins. The brain, gut and other organs have opioid receptors which naturally work to decrease pain. The immune system immobilizes cells that travel to the harm and release the endorphins. To release more opioids, drugs like morphine may be used. Less potent drugs, such as acetaminophen, ibuprofen and corticosteriods (for example, hydrocortozone ointments) may also be used for some pain and injuries. If you opt to not use medication, hypnosis may reduce pain by changing the experience of pain by focused concentration to change consciousness.

Stanford University psychologist Dr. Ernest Hilgard did a research by hypnotizing people and asking them whether a generally painful sensation to the arm was painful. To hypnotize your kid, you don’t want the watch on a chain or the therapist’s license. Just get him to strongly focus both emotionally and physically on something aside from the pain. Most of all, if your child is hurt and in pain, do not panic. The child won’t think things will get better if you’re not behaving like they will.

Give your child control within the pain management mechanisms that s/he will use, whether it be deep breathing, focusing on something else, massaging the harm, etc.. Use language and ideas that encourage hope. And pay close attention to the nonverbal indicators which show how the child is feeling. A child that has been in pain for a prolonged time period may say anything to join his buddies and look”normal” again. Children will get hurt and be in pain. This is part of the learning and growing experiences, just as it’s part of our learning experiences as parents to grow through our children’s pain. Keep a positive outlook. And the next time David lumps his leg onto the fireplace bricks after being advised not to operate in the home, don’t say “That’s what you get for not listening to me,” but get out the ice pack and sit on the sofa and explain what happened to his body. Pain shouldn’t be viewed as a punishment but as a message to heed. And annoyance from bumping into the fireplace bricks might actually instruct David that running in the home is not a fantastic idea quicker than any other words or lectures you may say.