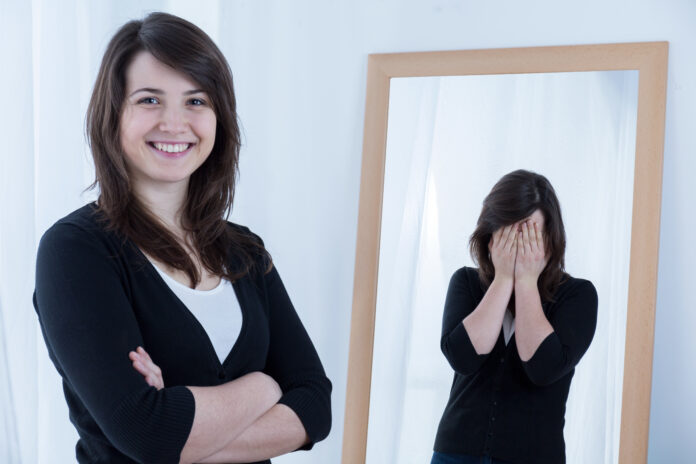 A former colleague of mine was recently diagnosed with cancer. 55 years young and the president of a marketing firm, to the outside world she’s the epitome of health and success. When she was first diagnosed she decided not to disclose her medical condition to her team and peers out of fear they would see her as less competent.

I write this with only respect for her many and varied accomplishments – I know how hard she’s worked to get where she is now. She’s a fighter. She’s ambitious. She’s also an imposter. What I mean by “imposter” is that she feels like an imposter. Despite all of the accolades from her peers; despite all of her abilities and skills, and her meteoric rise over the business, in her mind she believes it is just a matter of time before everyone finds that she is “faking it.”

As opposed to offering assurance, every new accomplishment and following challenge only serves to intensify her ever-present fear of being found out. There’s a name for this phenomenon: Imposter Syndrome. Research that started in 1978 with the work of psychotherapists Pauline Clance and Suzanne Imes discovered that many women with remarkable achievements had elevated levels of self-doubt that could not be equated with self-esteem, stress, or other traits, and seemed to involve a profound sense of inauthenticity and a inability to internalize their successes.

These individuals frequently have the belief they are “deceiving” other individuals, are “faking it” or getting by because they have the perfect contacts are just plain “blessed” Many hold a belief they will be exposed as frauds or fakes. Imposter Syndrome goes far beyond regular bouts of self-doubt. Women executives like my buddy normally suffer from Imposter Syndrome, particularly as they climb the corporate ladder.

Some reports say that females over males feel conflicted between jobs and loved ones. Moreover, they may develop poor feelings in the face of male peers that exhibit greater confidence at work. All these issues, which range from guilt to inequitable cover, can lead to Imposter Syndrome in successful women. Experts also suggest that women tend to internalize their feelings to a larger extent than men.

Researchers therefore theorize that if something goes wrong, girls often blame themselves, whether they were, in actuality, at fault. Men, on the other hand, more easily accept the fact that some things are beyond their control. Internalizing these beliefs, as opposed to discussing them can lead to other psychological issues, including depression and reduced self-esteem.

As time passes, harbored Imposter Syndrome may make it hard to accept compliments for any level of achievement. Ironically, it was the cancer diagnosis that freed her from the relentless grasp of Imposter Syndrome. There’s nothing like the chance of passing to force you to confront self-defeating behaviors. It had been hard for her to describe the feeling that came with discovering her obscure feelings of self-doubt, angst and intellectual fraudulence needed a title, and realizing she was not alone was liberating.

The experience proved to be a turning point in her life, both personally and professionally. She made the life-altering choice to learn why so many smart women like herself set up themselves to fall short. Recognize imposter feelings when they come up. Awareness is the first step to change, so make certain you monitor these ideas: what they are and when they emerge.

Rewrite your mental script. Rather than telling yourself they will find you out or you don’t deserve victory, remind yourself that it is normal to not know everything and you will discover more as you advance. Talk about your own feelings. There could be other people who feel like imposters too – it is much better to have an open dialogue instead of harbor negative thoughts alone. Consider the context.

Most people will encounter occasions where they do not feel 100% confident. There might be occasions when you feel out of your element and self-doubt may be a normal response. Reframe failure as a learning opportunity. Determine the lessons and use them constructively in the future. Use what you’ve learned to minimize your potential feelings of self-doubt. Be kind to yourself. Remember that you’re entitled to make mistakes sometimes and forgive yourself. Don’t forget to reward yourself for getting the important things right. Seek support.

Everyone needs help: realize you could look for assistance and you don’t have to do everything alone. Whether it is a therapist, a friend or someone experiencing the same phenomenon, reach out and bring the issue out in the open where it could be dealt with. Visualize your success. Keep your eye on the results – finishing the task or making the presentation, which will keep you calm and concentrated.