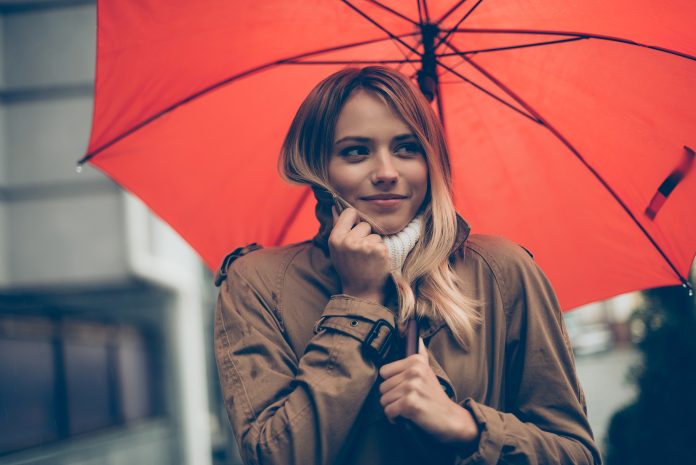 A quick, nasty action of violent thuggery, or a full-scale attack by multiple assailants? A rowdy stranger picking a fight with you in a crowded pub, or a knife held from your stomach at a frightening street robbery? With so many dangerous people out there prepared to inflict misery and suffering you ought to consider, as part of your general self-defense strategy, carrying seemingly harmless items with you whenever possible as an additional step to protect yourself in case the need arises.

In some circumstances you may have the ability to foresee an impending attack based on types of rowdy or suspicious behavior, and respond accordingly. However, terrifying and totally unforeseen assaults are a lot more common, and you will need to be as prepared as you can be if you’re targeted.

The best way to defend yourself is to be aware at all times and prevent potential trouble, but in case you’ve got no idea that an attack is coming there’s little you can do. Self-defense training can allow you to think fast, make better choices based on your surroundings, and potentially prevent serious harm, but it’s sensible to get another advantage besides your trained ability to protect yourself.

That’s where carrying improvised weapons comes into play. You should only use an improvised weapon if it’s absolutely necessary. Stop and think before loading your luggage with that knife in the event of trouble! It’s important to not forget an item you use as a weapon to protect yourself when attacked could be used against you. If you’re faced by unarmed aggressors and pull a knife out of your bag, what happens if they take it out of you? The situation gets worse for you.

Aside form the physical risks that arise when you take a knife or gun on you, it’s also your responsibility to understand if it’s illegal to do so. The bad guys and gals out there may not give much thought to the legalities of owning weapons, but this doesn’t mean that you need to do the same. Improvised weapons are different as it’s absolutely okay to carry them around, and if used properly they’re very effective to help in your defense.

You should be thinking about going to reduce harm, so use these items as a surprise attack, or a diversion tactic to let you run away, calling for help as you move. You must also think about the effects of using improvised weapons such as these. If you become the aggressor you have to do this with the complete understanding that your actions may cause your situation to worsen if you can’t escape.

Don’t attack unless it’s necessary, and do this only as a last resort. You can seriously harm somebody using these methods therefore attempt to get an edge and nothing more. You’ll be angry and fearful, but it does not mean that you should eliminate control. Responsible self-protection to assist you to escape is what you’re aiming for.

A swinging or stabbing motion can do enough harm, or cause your attacker enough problems, to give you more time to get away. Walking sticks or canes are also quite effective.

Most attackers will hesitate when confronting a spray can that could blind them. This could provide you vital seconds to get an escape route.

Carrying a rolled up magazine or newspaper may not be very fashionable, but when used to attack with they could cause your attacker major issues.

An easy-to-undo belt gives you a whip-like weapon using a harmful heavy end. Tricky to use in a dire situation but still worth considering.

Any beverage you carry around in a cup could prove to make a huge difference if you’re attacked. The liquid racing towards your attacker’s face could provide you enough time to conduct and seek help.

Swinging a bag like a golf club is among the more obvious ideas, and, based on the sort of bag you take, it might be a very useful weapon.

Carrying a glass jar means you’ve got a very dangerous thing to throw or swing. A broken bottle becomes a vicious cutting weapon which may be a great deterrent.

A reasonably heavy flashlight will make quite a powerful weapon.

A pair of keys may earn a fantastic projectile. Toss them towards your assailants mind and run. Another idea would be to fight back with your keys at a scratching or stabbing motion for additional effectiveness.

Few people would feel that loose change could help them, but a couple of coins thrown hard towards a violent aggressor could make a big difference by giving you more time to run.

You may scoff at a number of the less obvious items on the listing, but the time may come when an innocuous object will save your life. A few additional moments could be everything that you will need to make your escape, so doing as much as possible to prepare yourself for a violent confrontation is vital. By “arming” yourself with one or more of these everyday things, and being aware of the best ways that you can use them to defend yourself, you’re taking a lateral step that fits well alongside a fantastic self-defense program.