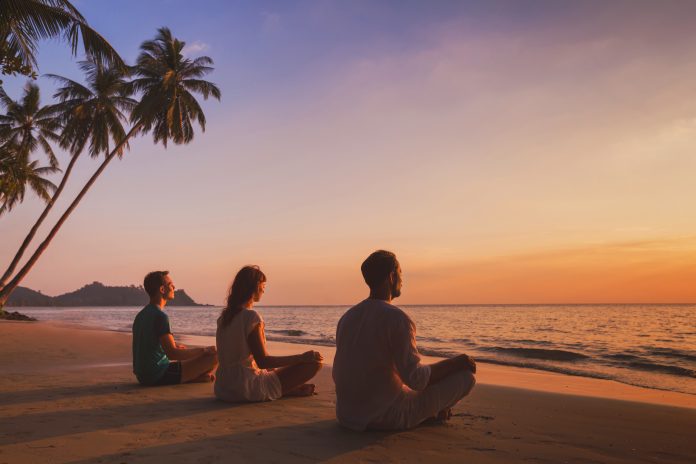 For the last couple of years, I’ve been moving on the women’s spiritual retreat with our church. I’d never been on a retreat before a couple of years back. The only other time I voluntarily lived with girls was in school and only then because boys were too cluttered and smelled funny.

To be perfectly honest, previously I never liked girls all that much. I typically had only a few close girlfriends growing up and the rest were men. Women were always too emotional, too catty for me. They would cry easily and I could laugh with the guys. Tears have always made me uneasy. I really don’t like to shout. Both my parents were trainers, so needless to say tears were frowned upon. If anybody started crying in my home, you’re certain to ridiculed before the tears were replaced by hot anger.

Quickly, I learned to stuff all of my emotions and found refuge in comedy. In my early twenties, I began discovering all those stuffed emotions–rejection, humiliation, anger, hurt, despair, fear, longing, on and on. A list of emotions all of us run from, but not really stay ahead of. Additionally, I found tears. I sought help and worked successfully with a superb counselor. There were plenty of tears and recovery, thus resulting in another phase in my life, kids and marriage. It was just after “birthin’ babies” I discovered the true value of girlfriends.

Girlfriends understand your shoes, especially when they’re coated in spit-up along with the kids’ breakfast. Not only could you laugh along with your girlfriends, but you might cry too. I combined a Mommies group after my daughter was born and discovered a wonderful circle of women. I soon found that if a single Mommy started crying, always someone else started sniffling and so on and so forth. Same went with the babies, 1 baby cries and there was a roomful wailing.

You didn’t cry alone. Many times I’d find myself welling up with tears and even sometimes, tears dropped. This was all very new to me. Then I decided to go on the women’s religious retreat with my church after my son recovered from a health catastrophe. Little did I know that religious retreats are set up to get you vulnerable, necessarily resulting in tears, usually en masse. I cried the whole weekend and I really, really needed it.

I was so strong in my belief that my son would recover and in searching/finding the cure, there was no allowance for tears. I was an old pro at stuffing my sense from childhood. That survivor had stepped back into my life for some time, but fortunately I managed through this circle of girls and cleansing tears to recover myself, my mature. As much as I have fought it, tears really bring release and hopefully peace. So I was surprised this year, when I was in the retreat that I shed no tears.

It was not for lack of empathy with the suffering of those around me but I eventually found the idea of “holding the space” I had these wounded areas that could be triggered by a friend’s experience or pain. I was free to encourage my crying friend by simply listening. I didn’t have to take on her issues. I could be her witness. She could tell her story without needing to worry about me.

It was such an empowering feeling to be on the opposite side. Her tears didn’t make me uncomfortable, they told me of her heart. Oh, I understand perhaps next year I’ll go to the escape, I’ll be telling a painful story and very possibly be in tears, but I understand tears from each side. I’m grateful to be here, in these new shoes, no more covered in spit-up. I’m thankful to have a circle of girls in my life that let me be where I am on my trip. Sometimes holding the distance, and occasionally being held. May you discover your circle.

Katherine - März 14, 2019
Everybody knows how it feels to be exercising hard, carrying out a strict diet, slimming down and, out of nowhere, we get sick. Exactly...